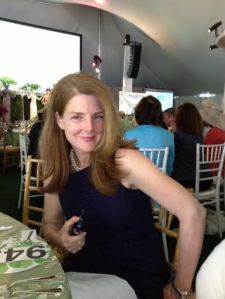 You say you were practically born on a boat – a lobster boat – and grew up sailing around your “neighborhood.” But then you went to study opera at a Conservatory. How did you come to have such diverse interests at that early age?

I grew up in a little town on the coast of Massachusetts, and from my very earliest days, I went out on the boat with my father, a lobsterman. I used to beg to go with him, which was no small accomplishment for a child, as we would be out there for hours and hours, in all kinds of weather. It was very much a work-boat. But I loved it! I learned to put the wooden pegs in the lobster claws, with my bare little hands, and dreamed of being, like my Aunt Dotty, a very capable lobsterwoman in her own right. And as I grew, I learned the ways of the ocean from my father, a skilled seaman, and by watching him, I began to understand the true meaning of self-sufficiency and confidence. No matter the weather, or the size of the swells, I always felt completely safe with my father at the helm.

As for my sailing days as a child, we had a little fleet of Sunfishes in the cove near my grandmother’s summer-house. None of the children were very skilled, at least in the elegant way of racing, but that didn’t matter much as the object of the game was to ram the other boats until they capsized – the last one still on board being the winner. We had the run of the cove, and were on the boats from the moment the tides allowed. It was a lot of fun! I couldn’t have imagined way back then that I’d become so passionate about sailboat racing.

The singing became an interest when I was about 12 years old. I started watching “The Partridge Family” on TV, and my parents got me an album of theirs for Christmas. Somehow I learned that the mother on the show (Shirley Jones) had had a career on Broadway doing musical theater, and, being the curious type, I got from the library a recording of her singing the lead in “Oklahoma.” Upon the first listening, I promptly fell in love with musical theater, and never looked back. I really liked the physical sensation of singing, even then, and so I joined the church choir and sang as much as I could. I sang everywhere. By chance, we lived just down the street from a wonderful couple who taught voice at the New England Conservatory, and so when I turned 13, I walked the 3 miles down the road, knocked on the door, and asked them to teach me. They must have liked what they heard, because that started a long and storied collaboration; they were my teachers for the next 15 years, and became life-long guides and mentors.

You might think that the lobstering and the singing would lead mutually exclusive lives. Not so! I used to love to sit well forward, on the end of the pulpit, as my father took the boat out past Saquish Head and the Gurnet to where his traps lay. It was a long trip. And I would sing all the way there, the wind and the waves and the drone of the motor as my accompaniment. It wasn’t until relatively recently that my father confided that he loved hearing me singing (upwind of him) as we motored out! Go figure. During all those years, I had no idea he could hear any of it. To this day, the rhythm of the ocean is always with me when I sing, and the self-sufficiency and confidence I saw in my father is very much a part of my performing mindset.

You talk about how your opera training and performance experience has helped you as a sailor, but do you think there’s anything you learned from sailing at such an early age that translated into your success in music?

As I said before, I think it’s having been taught, by example, of self sufficiency and confidence – that belief that if you want something badly enough, you should find a way to make it happen for yourself. My father showed me those things on the water, and my mother showed me with her indomitable spirit for giving back to our community with countless hours of volunteering, often taking on and fighting for important projects that wouldn’t have come to fruition without her energy and capable guidance.

In your blog your love of sailing comes through loud and clear. “So, please send a prayer to the weather Gods — I’m hoping we have a beautiful, blue-sky day, with a nice breeze, so we can sail around until dinner time!  I can hardly wait for that first sail together – to feel the tiller come alive in my hand as her sails fill with wind – always a nice bit of magic, don’t you think?” 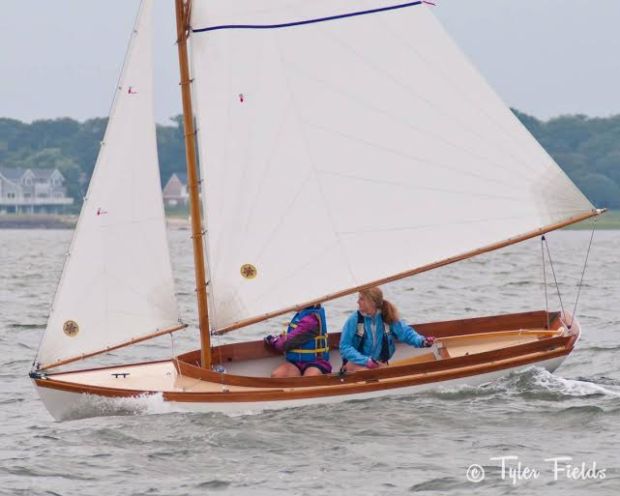 What do you say to women who want to feel that same passion about something (anything!) but just don’t know where to look?

That’s a tough one. I’m doing a lot of reading and research currently on the topic of women and confidence. It seems to me, in sailing at least, that there’s a gap for women – and what I keep reading is that women seem to need to wait until they feel completely ready before they dare to jump in and start a new endeavor, or to reach for the next level, whether it’s in her professional life, or in learning something new. My advice would be to jump in and be that person who dares to try to make her dream a reality.

The bottom line is that you will never feel completely ready. If you wait for that day, it will never come. That’s what holds many women back from taking the next step, whether it’s asking for a promotion, or selling a new idea, or taking the helm of a racing boat. You need to give yourself permission to make mistakes, to not be perfect – and sometimes, even, to fail. In my life experiences, both as a sailor and as a singer, that’s the most powerful lesson I’ve learned.

Not knowing where to look to “find” your passion is a difficult question for me to answer, as I’ve always been lucky enough to be pulled in quite naturally by the things that have resonated with me throughout my life. I do think that sometimes it takes a while to realize your own personal strengths – and those can be a clue as to what you might develop as an interest going forward. After all, we all like doing the things we are good at, right? Also, expanding your network and meeting people from all walks of life is key – you never know who will inspire you, or why. Taking little steps, and trying new things will also help. If you’re interested in gardening, for example, you might try your hand at container plantings, and then help your friends with theirs. Those are the kinds of seemingly small sorts of actions that get the ball rolling. I mention this particular example, because that’s exactly the way a friend of mine started her very successful flower business. You never know until you try. Jump in.

Do you have a book in the works?

It’s interesting – you are the third person who has asked me that question recently. It’s not something I would have envisioned myself doing, but I’ve discovered that I really love to write, and so I wouldn’t rule it out. I love the way my brain feels when I write, and I most definitely enjoy the creative side of it. And I seem to have a lot to say!

Can you tell us about your teaching? Do teach both voice and sailing?

I’ve never taught voice, mainly because I never had a proper place to do so. And then I decided to have children, and they have been my main focus for many years. Now that they are older, I’ve begun to explore other things, like writing and sailboat racing, although as a mother, sometimes it’s hard to find the time for pursuing my own things. At the same time, however, I realize the importance of setting an example of “possibility” for my daughters. I want them to feel as though they can do anything they put their minds to, and that they believe that the power of their future is very much in their own hands.

I do teach sailing, occasionally, but right now my main focus is in finding ways to build our fleet, and in designing and offering training and educational seminars to those who are interested in becoming better racers. I find that giving people a framework, and creating a supportive community, can make a big difference in what they will dare to strive for – especially women.

What’s next for you?

I’m not entirely sure what the future will hold, but the idea of writing a book is intriguing, especially since people keep asking me about it, so I’ll probably explore that. Presently, I’m pretty busy with my children, working on my ever-evolving sailing blog, serving very actively as a Trustee of my alma mater, New England Conservatory of Music, and working as fleet captain at our Yacht Club, a role in which I take on fleet building, training and mentoring, and helping sailors who want to be involved in racing. As you can see, there’s quite a lot on my plate! Through my blog, I’ve met some very interesting people, and the future seems filled with possibility as we all contemplate the future of sailing as a sport. How exciting!

When she’s not sailing Deborah Bennett Elfers can be found at TakeTheTiller.com where she blogs about sailing —  the mindset, strategies, coaching, fleet building and other musings. You can also follow her on Twitter and Facebook. 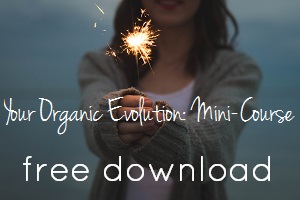 Think of 50 Ordinary Women as a coffee date with the new neighbor. It’s when you’ve gotten past the small-talk and the mom-talk and you start telling each other about your personal dreams and goals. It’s when you go home feeling invigorated and inspired!